It Is Currently on trend that people combine their new house design with a touch of mid-century modern garage for a vibe. The idea can be a little striking at first, but it doesn’t have to be an eyesore at all. In fact, you can blend it in and match it well so it creates such fantastic addition to the overall design. Check the following ideas for some inspirations.

Read also: IDEAS AND PLANS: HOW TO BUILD A GARAGE APARTMENT CHEAP

Added to a modern house, the garage features wooden door and rectangles glasses for details. While it feels a lot like the 60’s, it still maintains its modern look by combining the garage with black, white, and glass additions for modern and contemporary feeling.

It looks really masculine while it still remains really close to the natural elements. It is modern and classic at the same time. 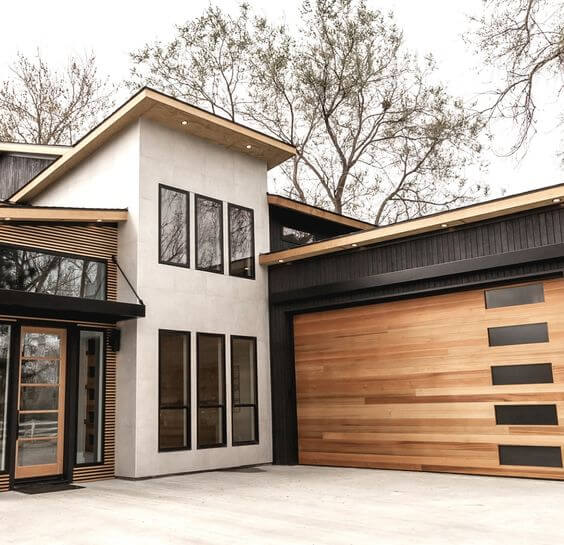 Being roomy and simple, this garage features a mid-century glass door. This kind of garage door was a trend back then, and it remains attractive to today.

While it gives you an instant touch of mid-century feeling, it also gives an easy addition to blend. Being simple and sharp, it looks modern at the same time and looks like an inseparable part of the door. 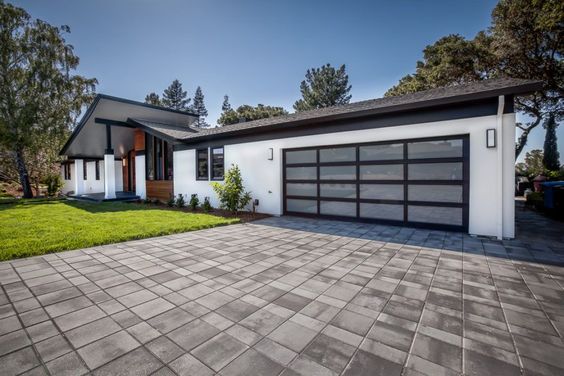 The house owner is really smart in choosing the garage design. Painted in bright white, it adds the sense of clean and modern feeling. It isn’t hard to combine this on a minimalist modern house today.

Meanwhile, the simple designed garage door is also enriched with horizontal elongated glass window which is very mid-century. This time, the windows have gaps between them, making it more like a blend of both times. 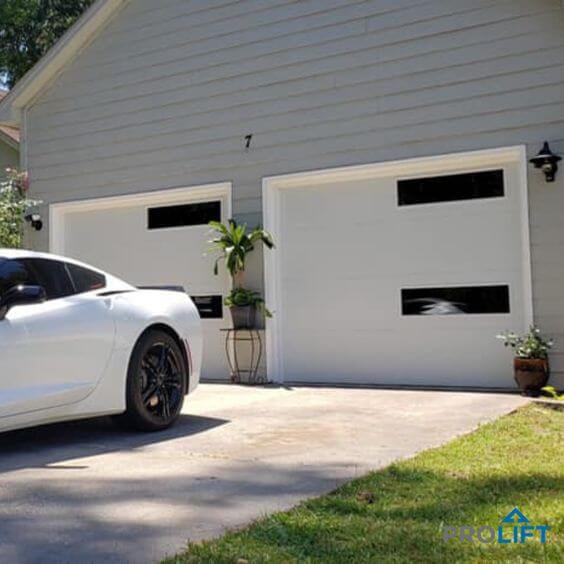 Featuring bright white painting, this garage door adopts simple design for a modern taste, yet it doesn’t look plain at all. The geometric graphic added on the door makes it even more interesting with a delicate yet bold touch of mid-century feeling.

While it looks simple and bright, the green shade chosen for the framing and graphic makes a nice match for the entire concept. 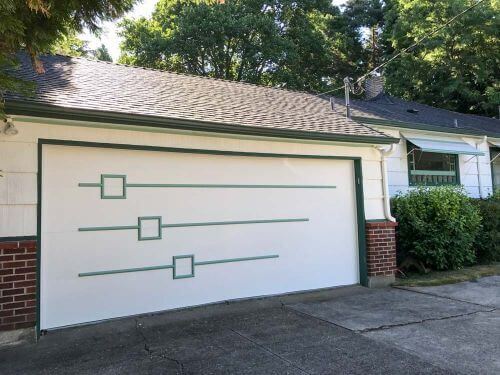 Yes, the squares tough. They are added on the garage door for a mid-century touch in both vertically and horizontally without being too crowded at all. They are gorgeous and modern at the same time.

The garage door gets both the black and white color for its simple shape, merging naturally with the rests of the garage details. 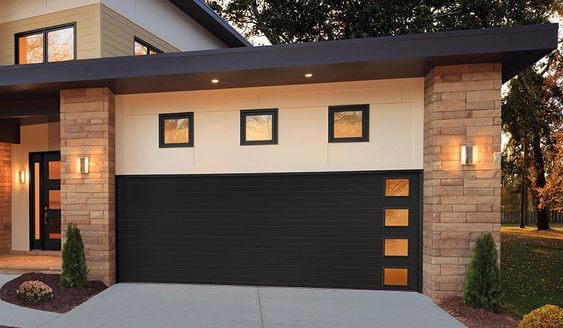 This mid-century garage features doors that are made of wood planks in oak shade which is warm and modern at the same time. While it is easy to blend it in with the rest of the house design, it looks sophisticated effortlessly.

The entire look is so modern and mid-century while it just integrates naturally with the environment. Smooth design! 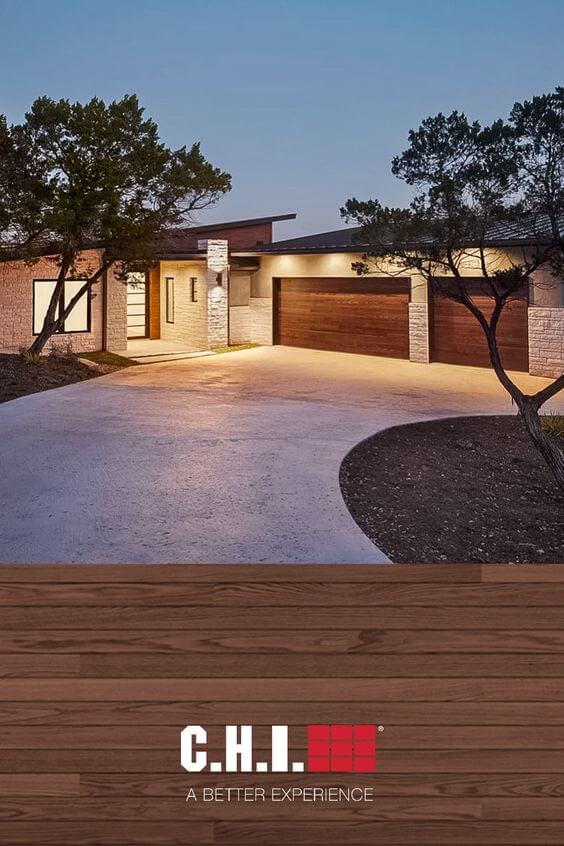 The architect of this modern house deserves more appreciation. While the modern house features simplicity, the garage door is definitely something more.

Being plain as it is with its white paint, the twin garage doors adopt the mid-century design that immerses into the house entire concept effortlessly. Now, the entire house is a combination of mid-century, simplicity, and modern sophistication at the same time. 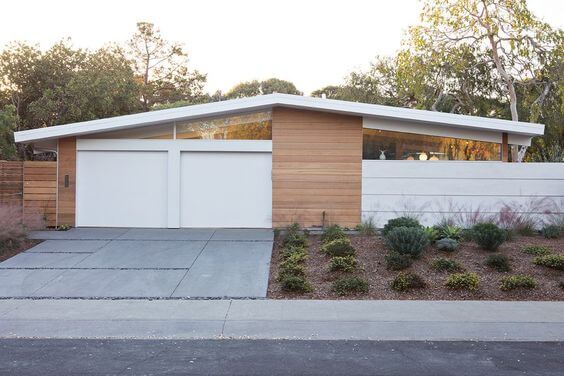 You may question if mid-century modern is still in trend. The answer will be definite. It is here to stay even longer than its time.

Look at the geometric details on every element of the house. It blends just well to the environment, and the garage looks just great in there. It features bright white paint with simplicity to show off. 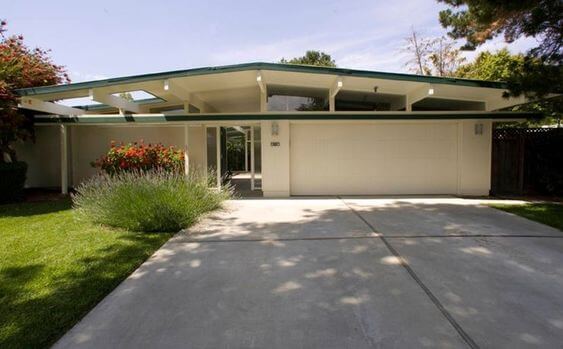 Without door maybe, this garage still looks stunning. The roof is sliding and it uses only natural shade material for the entire details. The inside is spacious with some shading on the back end, making it large but it has borders too.

It gives you natural flow and very cool modern nuance on top of the mid-century details, a very sophisticated addition to any modern house. 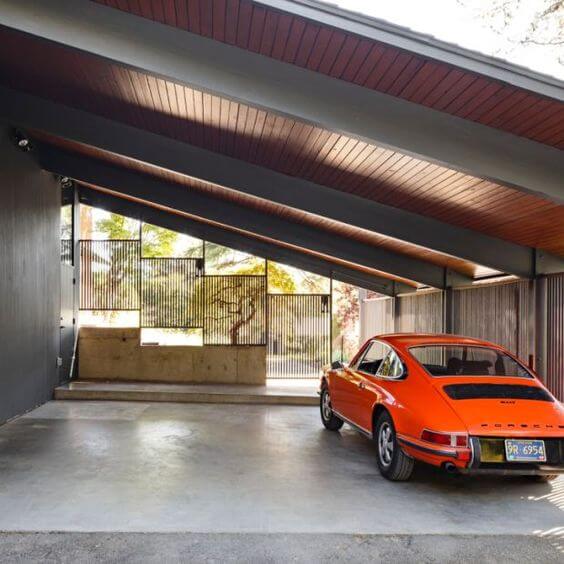 This mid-century house is finished in sunny yellow paint which is a perfect cheery match for the white combination. This house also adopts tiki hut feeling at the same time, reminding us on the fun of summer.

The garage though, it is covered with clear glass door in a very mid-century taste, and it works just so well with the rest of the house. Not large maybe, but it is very charming. 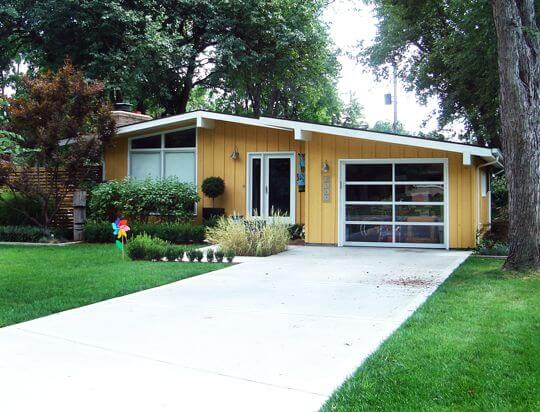 This garage is part of a mid-century modern house with clear shades here and there. While the stone wall is finished in bright white, the garage door is finished in pastel mint which is a balance for the entire combination.

The round glass windows details on the door are very mid-century and they add fun and cheerful feeling on the entire design. 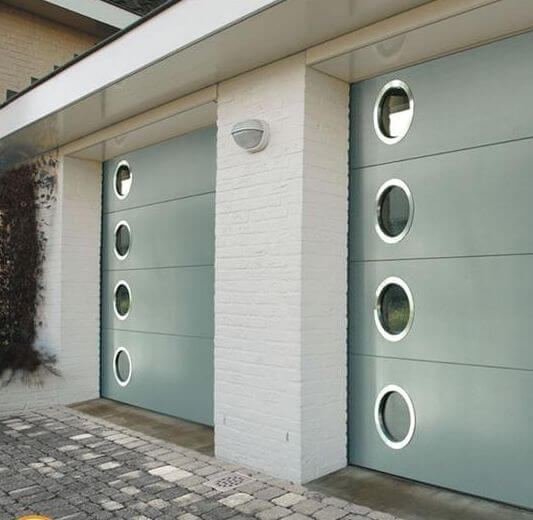 If the house isn’t clearly a mid-century modern, you may think this garage is part of a recent modern house. Featuring no door, the garage offers airy space for your rides.

The open concept adds lightness on the bold and concrete details, making it a fun design for all without losing the mid-century taste. 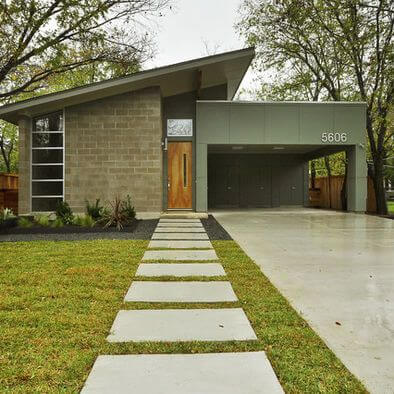 The beach house is a mid-century modern design. The garage features slaps door finished with bright white paint with wooden colored handles on it, which is very Scandinavian too.

The entire concept is so mid-century yet it looks even more sophisticated and updated with its Scandinavian details. Brilliant! 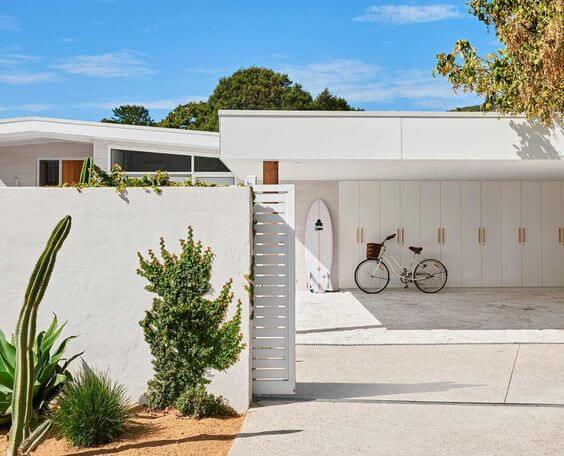 The mid-century house incorporates a mid-century garage finished with only one color paint, dark grey. The structure remains consistent, and this finish only adds a nice twist on it.

It is a combination industrial finish and a mid-century structure that looks very modern and minimalist. This space alone deserves to get into a Hollywood movie. 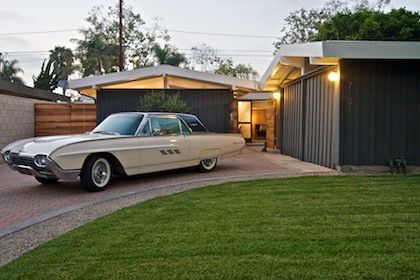 This is another example of an open and airy mid-century modern garage. The mid-century feeling felt really thick from the roofing alone.

The combination of nearby small garden and shading at the back of the garage is a complete sophisticated design. 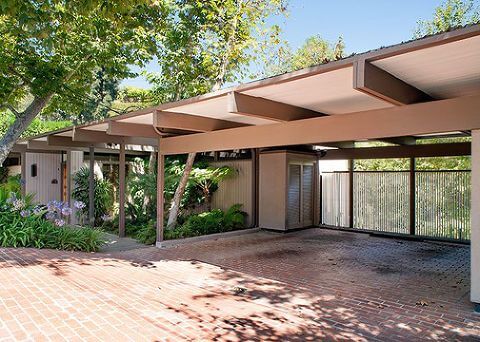 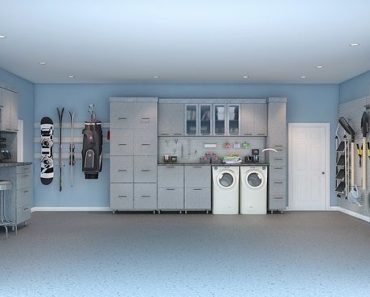 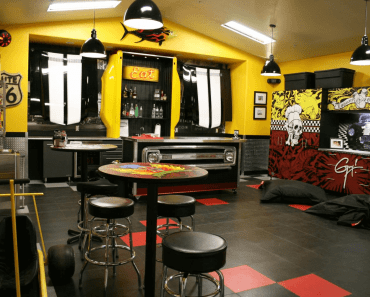 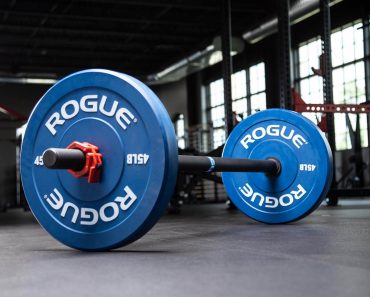 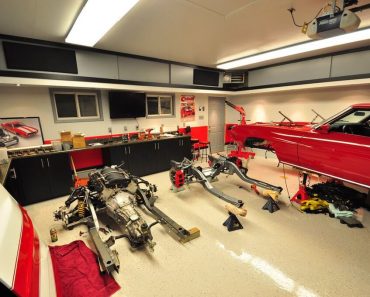 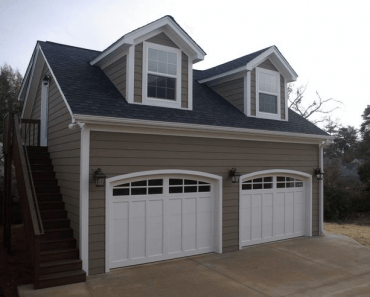 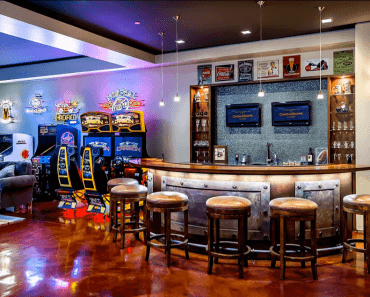 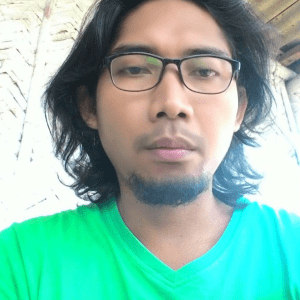 More from this Author

Writer at gegarage.com. Welcome for everyone to talk and learn about garage style, design, or decoration. Garage is interesting topic for us.